Naomi Middelmann is interested in exploring and exploiting traditional/non-traditional artistic materials and techniques, in a desire to experiment with their possibilities to use and reuse elements of her environment. It seeks to deepen the question of identity by recovering, transforming, assembling and disassembling materials related to the human being. 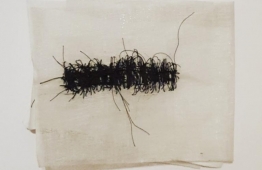