Young's Slits are an experiment in physics, first performed by Thomas Young in 1801,

consisting of passing photons through two small holes drilled in an opaque plane. On a screen opposite,

we then observe a pattern of interference fringes specific to the superposition of waves.

The experiment highlights the dual nature - particle / wave - of light. It was subsequently refined by

quantum physics. In fact, we observe the same patterns of interference when we experience

electrons of any material through a similar device, even if they are projected one by one.

Matter, in its fundamental structure, resists the fragmentation and representation of a world

modelizable to concepts and scientific tools.

In other words, reality is composed of a fabric of relationships that surpasses in beauty and complexity our effort

to measure it. The repercussions of such a conclusion are so beautiful that I welcome this experience as good

He graduated from the Graduate School of Visual Arts in Geneva, in the

studio of Claude Sandoz, and received the Prize Stravinsky in 1992. He

benefited from three Scholarships Kiefer-Hablitzel between 1996 and 1999,

during which he lives and works in Marseille. He stayed for two years in the

United States, painting and teaching at the Waring School from Boston.

Grütli workshop for two years by the City of Geneva. He has been

Federation of artists from Kugler between 2009 and 2012. He obtains a

Philippe Fretz teaches, every year since 2009 for a period of one month, a

He produces and distributes a bi-annual artist's journal, manages a website

dedicated to his work and a project of image classification since July 2013.

This research and the periodical, entitled In medias res, benefit from

support from the art-en-jeu.ch Foundation. He lives and works in Geneva.

Dedication of the edition "In medias res", Tuesday, February 27 from 5 pm to 7 pm

Library-round table with Gilles Porret, Tuesday, March 6 from 6 pm to 7 pm, on reservation (30.-)

Dedication of the edition "In medias res", saturday 10 march from 11 am to 2 pm

At each event an aperitif is offered 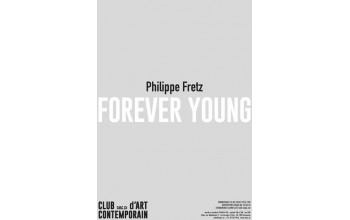